THOUSANDS of suspected TV pirates will receive a letter from police this week warning them they are being watched by the authorities.

More than 7,000 people who are suspected to be watching TV illegally will receive police letters this week, warning they could face jail.

The letters are targeting those who are suspected of using IPTV and Kodi boxes to stream channels like Sky Sports, with police warning they could be subject to legal action.

If the cease and desist letter is ignored, it warns that those who continue to break the law could face up to five years in prison.

“These notices are a direct and alarming wake up call for people using illegal streams,” warned Kieron Sharp, CEO of the Federation Against Copyright Theft (FACT)

“If you use illegal streaming services you are accountable for your actions and you will be pursued. This is not a grey area and it is not worth the risk.” 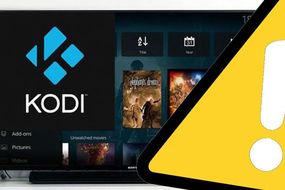 The cease and desist letter is the latest action to be taken in the nationwide crackdown against piracy.

A number of Brits have been jailed for selling Kodi boxes pre-loaded with software that lets the buyer watch premium content for free.

And in 2017, the Premier League was granted a court order which allowed them to shut down streaming of football matches by blocking internet servers that provide them.